Heading to the 2018 Winter Olympics!

My career has been as a broadcast engineer. I work on a set of Mobile Television Production trailers for NEP Broadcasting, a USA based company that is considered one of the largest Worldwide providers of broadcast production services and infrastructures. For the past 11 years, I have been the 2nd EIC (Engineer In Charge) of two mobile units: NCP 8. I have been to two Super Bowls, two World Series, an NBA Championship, Stanley Cup Finals, 10 US Tennis Opens, several Masters Golf Tournaments, and way too many other sporting and entertainment events to count and list over the 11 years of this mobile unit’s existence. Here in 2018, I find myself about to embark on another big adventure in broadcast television…..a first for me…..the Winter Olympics! As of this post, my two trailers are ready to embark on a carrier ship for South Korea. A crew of five of us will meet it in the rural PyeongChang area at the end of January to embark on our big adventure. Since I can easily host my own blog, why not blog about the journey here? I have seen countless events in a behind the scenes fashion, but the Olympics is truly special. For myself personally, this is not only my first Olympics, but my first travel overseas to a different culture. I have been to most areas of the continental United States—-it’s beyond time to experience truly unfamiliar territory. What an opportunity! I hope you will join me in my adventures. 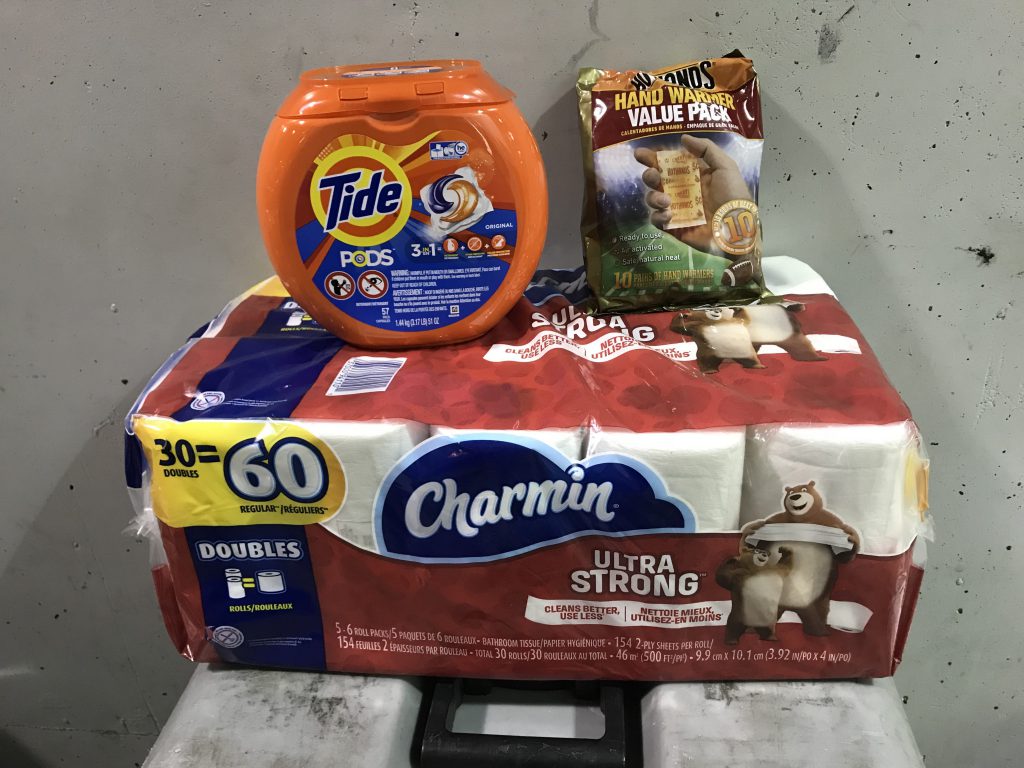 During our last show before Korea, (New Year’s Eve in fact), we prepped the trucks for their journey, including what we felt as “Necessities” 🙂

About 115 pieces of extra gear was loaded on the “B Unit” to take with us. (Porta-John’s not included). Unlike doing a show in the US, where it is easy to ship things overnight at last minute–not an option way out in South Korea. So we’re taking a lot of extra with us. Aside from the necessary extra camera gear, etc. things like spare critical gear that “might” break down. Two spare trailer tires are even part of this!

Another thing done, since the trucks will spend 3 weeks basically floating across the ocean, in corrosive salt air & water–moisture sucking desicant bags have been placed inside every single case of gear, as well as inside the trailer. Even the belly bays get some to at least give a fighting chance.